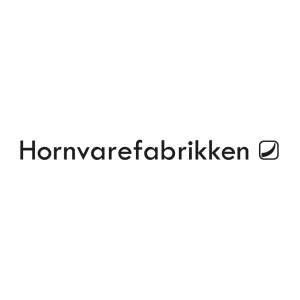 Hornvarefabrikken – The Hornware Factory – is part of an interesting history stretching back 200 years. It is a story of poor local artisans in the moorlands of Denmark’s far West, two economic crises, one World War, two incapacitating accidents, a visionary entrepreneur, and great ambitions.

During the Penisular War from 1807-14, a Danish marine – Knud Høj from Nees Parish – was captured in England. While he was a prisoner of war, he learned the art of making spoons from horn. When he returned to his native country, he started a small production of hornware. Others were inspired to learn the craft as well, as the poor subsistence farmers in the area could always use a secondary source of income.

In 1931, Peder Husted expanded the business early on with shoehorns and mustard spoons made to order. The foundation for Hornvarefabrikken had been laid.

In November 2007, Sara Bruun Buch stepped into the shop to do some Christmas shopping and ended up taking over the business and expanding to new business areas in keeping with the tradition of the craft. Currently, the company has four employees.

The jewellery brand ‘Sara Brunn’ is a secondary name under Hornvarefabrikken Aps.